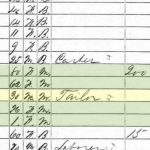 Nearly five years ago I published a post for a will I had stumbled upon for a William S. MORRIS of New Bern in which he declares his wishes that his "negro woman Patty" and her "mulatto" children be freed and well-maintained after his death. The will was dated 1831 and as far as I knew, that was the end of the story. At the time, I searched for further information but found … END_OF_DOCUMENT_TOKEN_TO_BE_REPLACED 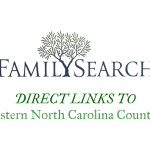 FamilySearch has been steadily putting a ton of North Carolina records on their site that aren't yet easy to access through the normal browsing methods. (Another thanks to Becky for tipping me off about some of the great new things that have gone up over the last few months!) Anyhow, I decided to compile a list of direct links to all eastern North Carolina counties in their … END_OF_DOCUMENT_TOKEN_TO_BE_REPLACED 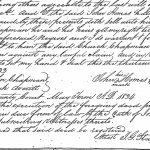 Below I have transcribed a deed from my 4th great-grandfather John HOLMES to Church CHAPMAN of Craven County. In the deed, John HOLMES is selling his wife's (and by extension, his) interest in four slaves who were originally the property of David AVERITT, but who were lent to David's wife Sally during her widowhood in David's will. Sally's maiden name was Sarah BUTLER. She … END_OF_DOCUMENT_TOKEN_TO_BE_REPLACED 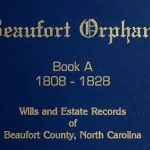 The following is from Beaufort Orphans — 1808-1828. Willoughby Moore and this particular Moore family were listed as "Other Free" in the Beaufort County census. In 1810 Willoughby's household also lists one slave. North Carolina ) Beaufort County) In the name of God Amen. I Willoughby MOORE of the County and  State aforesaid being some what weak and low in body but of … END_OF_DOCUMENT_TOKEN_TO_BE_REPLACED 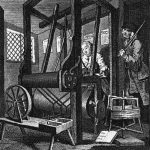 When researching one’s genealogy, an often neglected resource is a county’s apprenticeship bonds. At times, children apprenticed out were poor orphans. Many other times, the children being bound out simply had the misfortune of being born to non-white parents, or of having a father who died without specifying in a will that the children’s mother should be their … END_OF_DOCUMENT_TOKEN_TO_BE_REPLACED 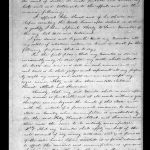 Before offering the transcription of this will, first it seems appropriate to provide some context. In 1808 the Act Prohibiting Importation of Slaves became effective. Even before that, however, North Carolina never played as big a role in slave importation as Virginia and South Carolina, largely due to the lack of suitable ports. The exception was Wilmington. Due to a … END_OF_DOCUMENT_TOKEN_TO_BE_REPLACED

If you are researching your ancestry, and know that one of your forebears was one of North Carolina's earliest citizens, you should visit CoastalCarolinaIndians.com for the vast number of research resources available. The following item appeared on that site and has been reposted here with permission. (I've worked with Coastal Carolina Indian Center since it was founded … END_OF_DOCUMENT_TOKEN_TO_BE_REPLACED 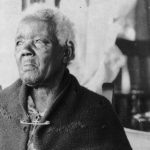 Between 1936 and 1937, the Works Progress Administration conducted a series of interviews with men and women who were born in slavery. The unique collection of narratives recorded give us an unpolished look into the lives of former slaves, as well as their masters. Their stories paint a very complex and nuanced historical picture, that the slavery experience was vastly … END_OF_DOCUMENT_TOKEN_TO_BE_REPLACED

I originally compiled and published this list at CoastalCarolinaIndians.com for the purpose of helping people with their Indian ancestry research. The entries below have been taken from transcriptions of the 1790 Federal Census for several eastern North Carolina counties. The notes in the right column correlate to the 1790 county/family names to the left. In the cases of … END_OF_DOCUMENT_TOKEN_TO_BE_REPLACED 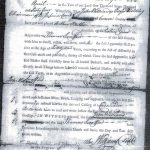 I originally published this list at CoastalCarolinaIndians.com due to the fact that Indians were often listed in census records as "Other Free." Anyone listed as "other free" or "free person of color" could be black, Indian, or any combination of other-than-white ethnicities, including mixed race with white. The entries below have been taken from transcriptions of the … END_OF_DOCUMENT_TOKEN_TO_BE_REPLACED