For even more information on Pitt County Genealogy, check out the East Carolina Roots Forum, where you'll find surname-specific forums, as well as a General Discussion forum. 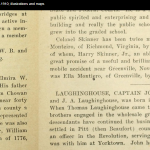 It's time for some myth-busting.  There are a couple of persistent ones that surround this family.  "Thomas Laughinghouse came to America about 1750..." The first comes down to us via Henry T. King's Sketches of Pitt County: There are several problems with this statement:  "…Thomas Laughinghouse came to America about 1750 he left his brothers engaged in the wholesale … END_OF_DOCUMENT_TOKEN_TO_BE_REPLACED

(This article was originally published July 25, 2018. It was most recently updated June 6, 2019.) It's now worth investigating the possibility that Harriet Morris is a daughter of Thomas Morris of Beaufort County and granddaughter of Elisha Morris. While Laban descendants undoubtedly share some kind of DNA with Harriet Morris descendants, I'm doubtful it's enough to suggest … END_OF_DOCUMENT_TOKEN_TO_BE_REPLACED 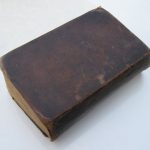 I'm sure many of you Joyner researchers have already sorted this out, but I'm still trying to make sense of who's who.  I'm going to start posting information about the Joyner family of Pitt County, primarily focusing on items spanning the colonial era to the mid-to-late-1800s.  All of the following items come from the Pitt County Genealogical Quarterly, which is available … END_OF_DOCUMENT_TOKEN_TO_BE_REPLACED 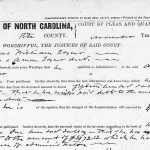 There were at least two Amon Joyner living contemporaneously in Craven and Pitt Counties. How they are related is a complete mystery to me.  I do know they are not the same man nor is one the father of the other, or at least if he is, not legitimately so.  The Amon Joyner in Craven County is still living in 1850 when he is recorded on the Federal Census living in a household … END_OF_DOCUMENT_TOKEN_TO_BE_REPLACED 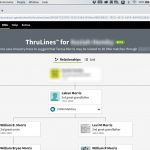 I have already written about AncestryDNA ThruLines™. I mentioned that it can potentially be an incredible tool as long as you're being careful about the suggestions it offers for your ancestors. You need some kind of paper trail to be able to verify what it is suggesting.  But what happens when you have an ancestor whose birth was intentionally not documented as belonging to … END_OF_DOCUMENT_TOKEN_TO_BE_REPLACED 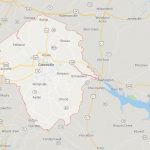 Pitt County was formed after Beaufort and Craven Counties, but the establishment of its border wasn't a one-time thing. Below, you can read about the formation of Pitt County, North Carolina from David Leroy Corbitt's book, The Formation of North Carolina Counties, 1663-1943. See if it helps some pieces start falling into place with some of your ancestors who seem to appear and … END_OF_DOCUMENT_TOKEN_TO_BE_REPLACED 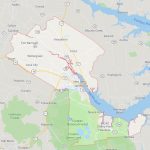 Read the descriptions below for Craven County's shifting borders and see if it helps some pieces start falling into place with some of your ancestors who seem to appear and vanish from this and neighboring counties inexplicably in the mid-to-late 1700s and into the 1800s. Remember, The Formation of North Carolina Counties, 1663-1943 by David Leroy Corbitt is available for … END_OF_DOCUMENT_TOKEN_TO_BE_REPLACED 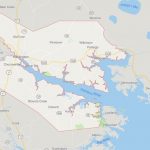 The Formation of North Carolina Counties, 1663-1943 by David Leroy Corbitt is available for free at Archive.org, but for convenience's sake, over the next few days I'm going to post the sections on the formation of Beaufort County (including Bath County), Craven, and Pitt Counties here at East Carolina Roots, since the bulk of the content on this site gravitates towards those … END_OF_DOCUMENT_TOKEN_TO_BE_REPLACED 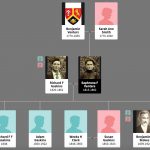 This new series will attempt to correct records, one family branch at a time, that have mushroomed across the online genealogical communities. Ok... I'm not going to claim that I don't have any mistakes in my enormous tree on Ancestry. I've been working on it for many years now and I have a number of "working theory" lines in there.  (I generally try to note … END_OF_DOCUMENT_TOKEN_TO_BE_REPLACED

I've been researching a bunch of different things lately and I'm trying to compartmentalize them into a handful of posts that might be helpful (and easily accessible) in the future. This will be the first in a series of random items for random families I've spent time researching. Items below include abstracts from Dr. A.B. Pruitt, Dr. Stephen Bradley, Elizabeth Moore and … END_OF_DOCUMENT_TOKEN_TO_BE_REPLACED

Surnames mentioned: KING, FORNES, BOYD, HODGES, WILLIAMS, MORRIS, WITHERINGTON, RIGGS, LEE, KEMP, MCCAFFERTY, SMITH, DRAKE, BARTLETT, SUMMERELL, ROBERTSON, HOLLAND & MORE This post just contains some notes I took while chasing down the relationships of people who seemed to have some sort of connection, no matter how convoluted, to my ancestor Laban Morris. Below, … END_OF_DOCUMENT_TOKEN_TO_BE_REPLACED