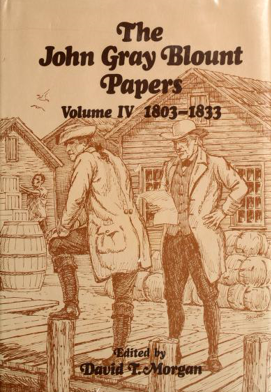 One day a couple of years ago, I googled the name of my elusive 4th great-grandfather, Wilson Daniels, whose parentage I still don’t know.  One of the results was from the Internet Archive, the fourth volume of a collection of documents known as The John Gray Blount Papers.  John Gray Blount and his brothers were merchants residing in Washington, Beaufort County.  John, specifically, seemed to be trying his best to own as much land in North Carolina and Tennessee as he could.  Anyway, on page 429 of this volume, I found a letter, dated 12 April 1825, addressed to Mr. Blount from a William Higson of Mattamuskeet in Hyde County concerning the heirs of Henry Williamson.  It begins:

I wrote to you a few weeks ago concerning the Heny Williamson Business Stating the number of Children which I will again repeat that it may not escape your memory–as I wish some further Information respecting it–Nancy Hall Daughter of Heny Williamson–dead left two sons of age Fanny Swindall Daughter of H. Williamson dead left one Daughter who is now married to Wilson Daniels–also three sons under age.

I looked for this previous missive in the other volumes of the collection, but had no luck finding it.  But this one alone was a great find for me.  Not only was Wilson’s parentage a mystery, so was that of his wife, Prudence.   I didn’t even know her maiden name.  As it turned out, I still don’t!

Who was the husband of Fanny Williamson Swindall?

A look at Hyde County land and probate records found me the name of Fanny’s husband, Jonathan.  A piece of that evidence is this deed from Hyde County Deed Book M, page 274:

So, Prudence Daniels was the daughter of Jonathan & Fanny Williamson Swindell, right?

Mr. Higson’s letter also says that he wishes “to know what must be done with respect to the three sons of Fanny Swindall all under age and I presume no Guardians–their father is living and are all residents of Bay River….”  Well, in 1825, Bay River meant either Craven or Beaufort County.  Finally, in Beaufort County, among other things, I found Jonathan’s will. 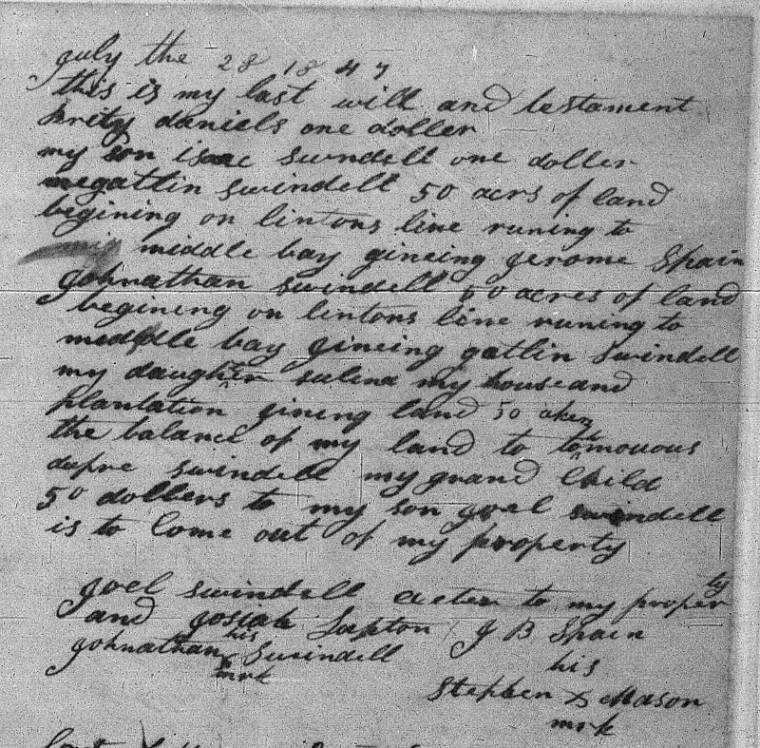 Wait, Britty?  I thought her name was Prudence.  Apparently, she was the second wife.  Don’t you hate it when that happens? The John Gray Blount Papers had even more surprising revelations than the discovery of Britannia “Britty” Swindell Daniels!